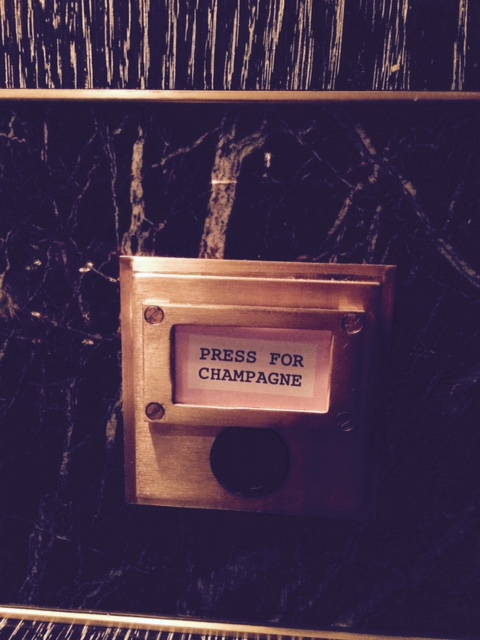 Foreword: I am aware that this post may seem out of place on whatudidntknow but I would like to also use this blog as a space to share different experiences 🙂

I first heard about Bob Bob Ricard from a work colleague and was intrigued to try this restaurant as I’d never heard of it. The restaurant serves a luxury Russian-inspired British menu. It’s conveniently located in Central London close to Oxford Circus or Piccadilly station. 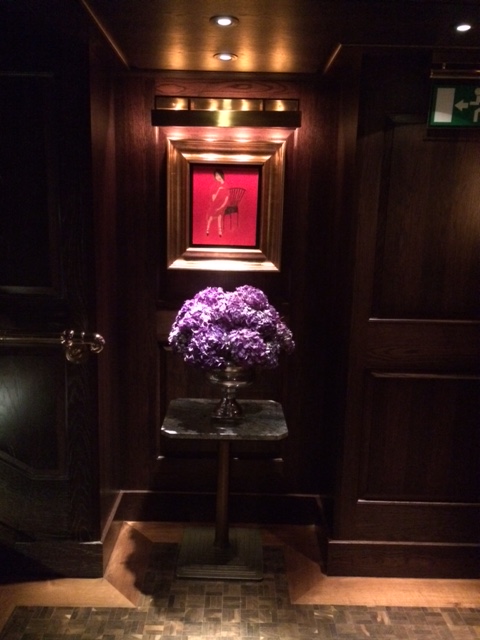 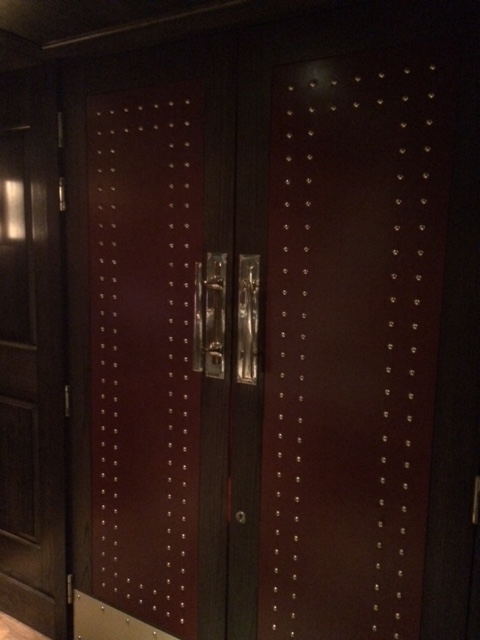 Walking towards Bob Bob Ricard you are welcomed by a doorman. We entered the restaurant where the hostess confirmed our reservation. We were then guided by a waitress dressed in a pink uniform. Walking down the stairs the surrounds are dark and inviting. As we approach a heavy dark wood double door this opens to the Red Dining Room. My first thought was “Wow!”. You are instantly greeted by a splendid backgammon floor; dark, rich and opulent surroundings with decadent art deco decor. The tables were laid out as booths and each has its own “Press for Champagne” buzzer.

We settled into our booth which gave a sense of privacy but also being part of the atmosphere at the same time. We started perusing through the menu.

For drinks I ordered a glass of 2013 Malbec “Terroir” Altos Las Hormigas and my hubby had a smoked whiskey tumbler.

To start we had Siberian Pelmeni with Beef tea to share. This was an interesting Russian dish with beef and lamb dumplings in beef broth. The dish was tasty but unlike what I expected. Perhaps it could be translated as a classier version of dumplings as light pasta parcels rather than stodgy dough dumplings.

For mains I had the Baked Sole with Champagne sauce and my hubby had the Filet Mignon Rossini. My baked sole was stuffed with lobster and served on a bed of spinach. The seafood was tender and the combination of sole and lobster was superb soaked in champagne sauce. The richness of the meal made it very filling and  extremely satisfying. The 28 day aged Scotch beef fillet with seared foie gras, confit apple and truffle gravy was also delicious particularly when you balance the flavours with each forkful. We also ordered french fries and sautéed spring greens for sides.

I am a sucker for Crème Brulée so if I see that on a menu it will most likely be my first choice for dessert. Of course when I saw the Dulce de Leche Crème Brulée my first thought was of Häagen Dazs Dulce de Leche ice cream. And yes the dessert was a heavenly caramel pudding with a caramelized top finished with orange drizzle. Ah, it was the perfect finish to a perfect meal.

Bob Bob Ricard is a fun and sophisticated restaurant serving great food with great service. It is a little on the pricier side but definitely worth it for a celebratory night out or a unique dining experience. 8/10.