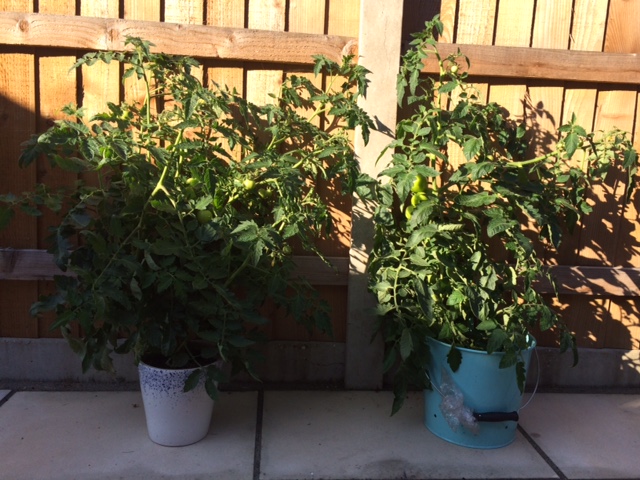 Spring in the northern hemisphere supposedly starts at the beginning of March and lasts until the end of May. Another personal challenge for me this year was to start growing my first vegetable in spring earlier this year. I’ve never considered myself as someone with “green fingers”. Rather I’ve always been very good at letting the poor plants die.

A friend at work has been growing vegetables for years. It was encouraging and exciting to listen to him talk about his annual crop of home grown vegetables. This encouraged me to try growing my own vegetables as it’s something that I’ve been thinking about doing for a while now.

My journey with my 2 tomato plants, named “Tallie” and “Shortie” started with them growing from seeds in 2 polystyrene cups given to me from my friend. Once they started outgrowing the cups I then transplanted them into containers. I gave my plants these names as the one plant seemed to be growing a lot quicker than the other one while living on my kitchen window sill. 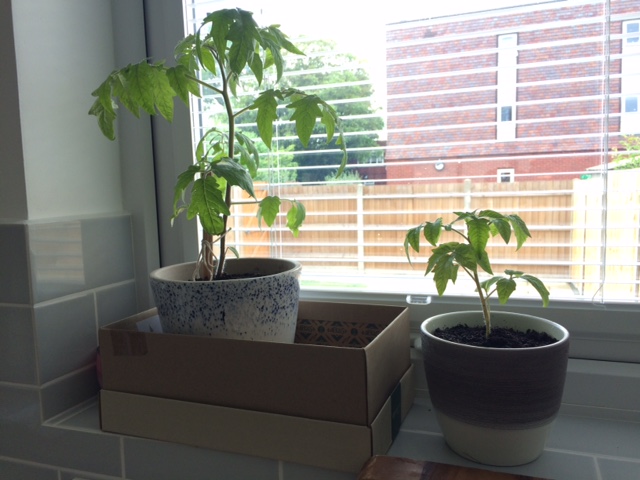 The warm weather in the UK started quite late this year and it only really started to warm up by the end of May. For this reason Tallie and Shortie were living indoors on the kitchen sill for a while before I moved them out into the garden. 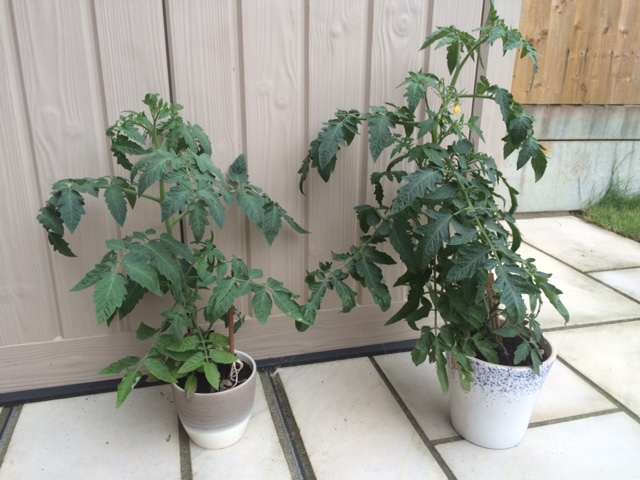 Once they were moved outside, I started watering them twice a day. I eventually needed to add a wooden stick into the pot to support the plants. The next step was to wait for the plants to start flowering meaning I could then start feeding them tomato feed.

For someone like me with a poor history of looking after plants, this tomato feed was a quick and easy solution. I simply had to push the sticks into the soil and water the plant 😉 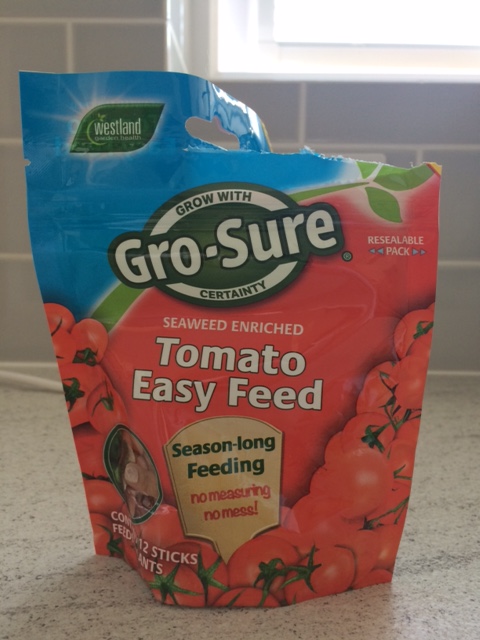 So you can imagine my excitement when I woke up one morning to water my plants and I discovered a baby tomato on Tallie! Natalie was doing the happy dance 🙂 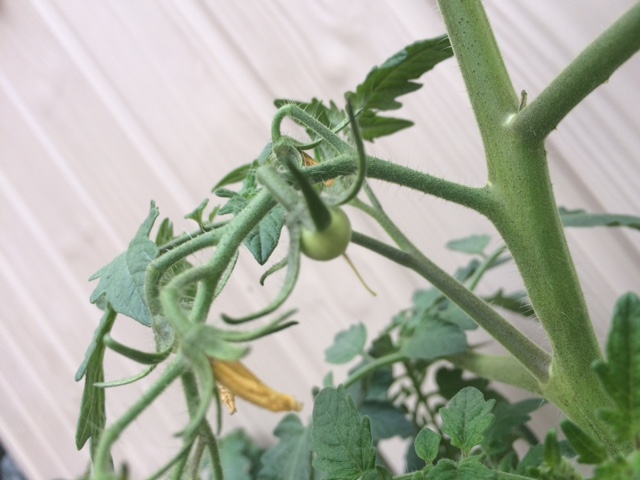 And one baby tomato eventually progressed to a bunch of tomatoes! 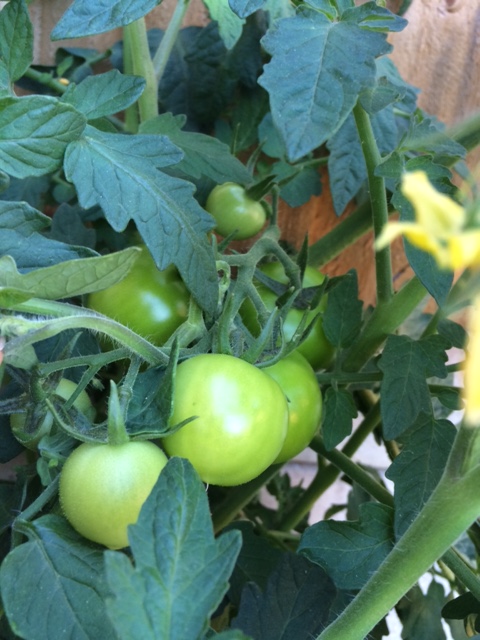 It’s been a really nice process watching my two plants grow. And I’m rather pleased that I’ve managed to still keep them alive up until this point. I’ve learnt that they just need patience, continuous TLC, food and watering. Now I’m just waiting patiently for my tomatoes to start turning red….No I lie, come on!! When will they start ripening?!? 😉 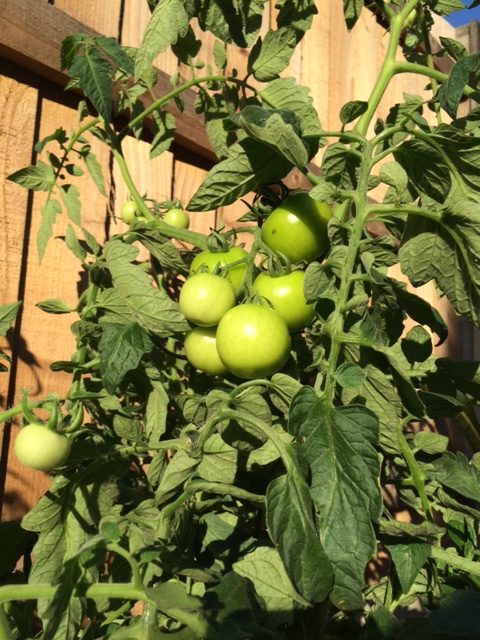 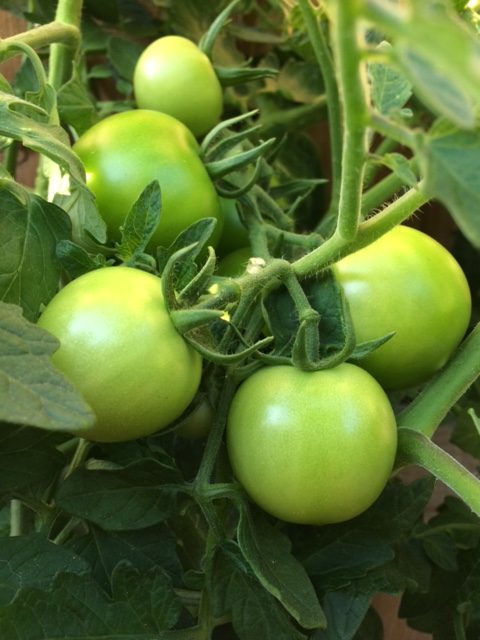 I was planning to write this post at a later stage but The Blog Tag’s “Spring” theme this week seems like the perfect opportunity to share my post as part of the “Spring Activities” topic.

As the temperatures started getting cooler here in the UK, I was keen to cut a few tomatoes from my tomato plants to ripen them. To do this, I picked the biggest tomatoes that were starting to yellow slightly and placed them into a paper bag. I kept the paper bag closed with a peg on top of our fridge where it was fairly warm. After a few weeks, the tomatoes started to ripen. And the result can be seen below 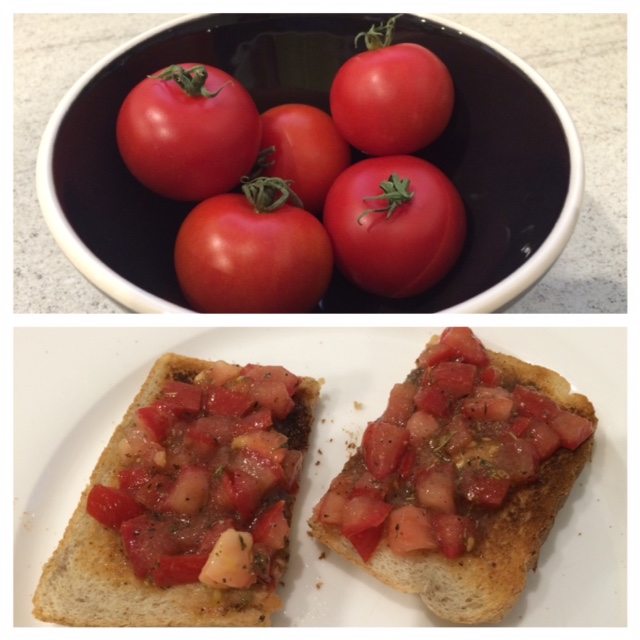 I chopped the tomatoes up. Mixed them with a little olive oil, mixed herbs and salt and pepper and topped them on to buttered toast. Voilá – homemade tomato bruschetta! Nothing better than the deep flavour of fresh home grown tomatoes! Mission accomplished. Mmmm nom nom 🙂