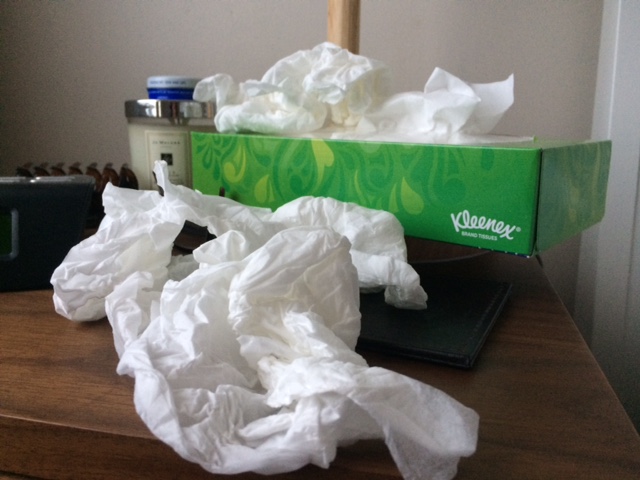 It’s that time of the year again in between seasons when everyone around you is sniffing, coughing, spluttering and blowing their nose. I’ve been fighting off a cold for a few weeks now but my body eventually decided to give in. It probably doesn’t help that I suffer from sinusitis meaning that I’m more susceptible to picking up peoples cold germs. If you’ve been following my blog then you’ll know that I’ve discovered the wonders of juicing. I was curious to look for juice recipes for colds and found this one from Reboot with Joe.

The recipe uses oranges, a lemon, carrots, ginger, an orange bell pepper and turmeric. These foods are rich in Vitamin C, antioxidants and cold fighting properties. So off I went to Waitrose with my runny nose to buy the ingredients required for this Vitamin C boosting juice! 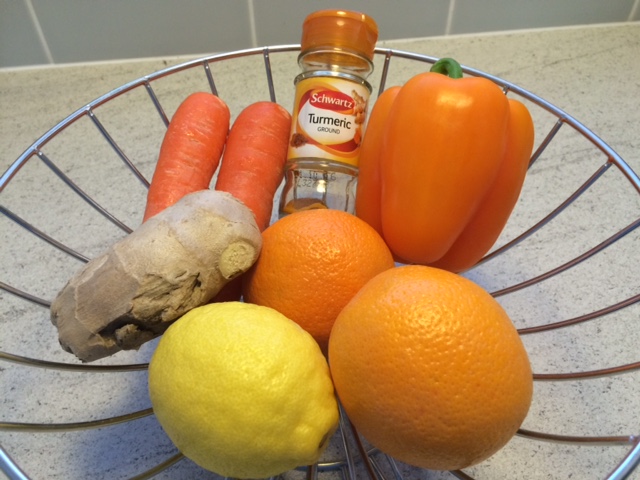 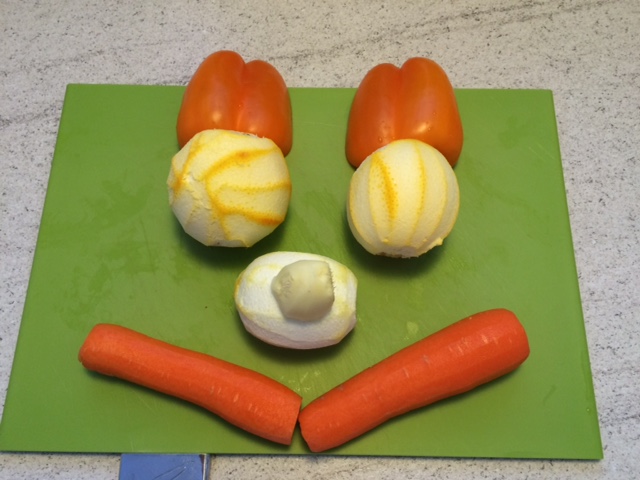 Peel the oranges, lemon and carrots. Wash and slice the orange pepper in half, removing the seeds from the pepper. Chop off a 1cm piece of ginger and peel it. Switch on your juicer and add the vegetables and fruit one at a time. Let’s get juiced 😉 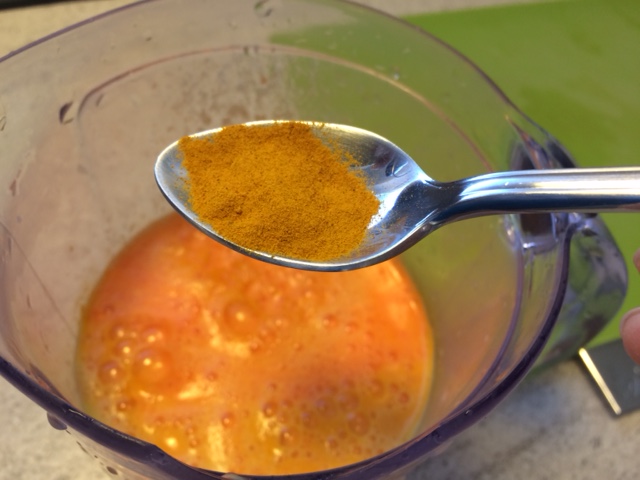 Once all the ingredients have all been juiced then stir in the 2 teaspoons of turmeric. I found the quantities used made enough juice to fill a little over a pint glass(568ml). Double the recipe if you’d like to store extra juice in an airtight bottle in the fridge for another glass later in the day. 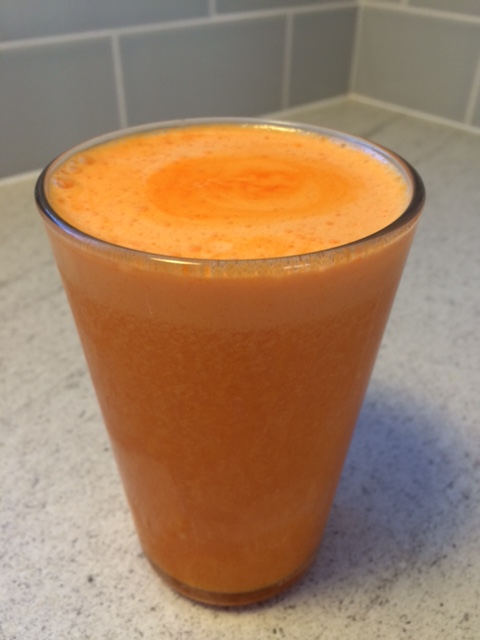 Enjoy this refreshing Vitamin C boosting juice and hopefully the sniffles will be banished sooner than later!