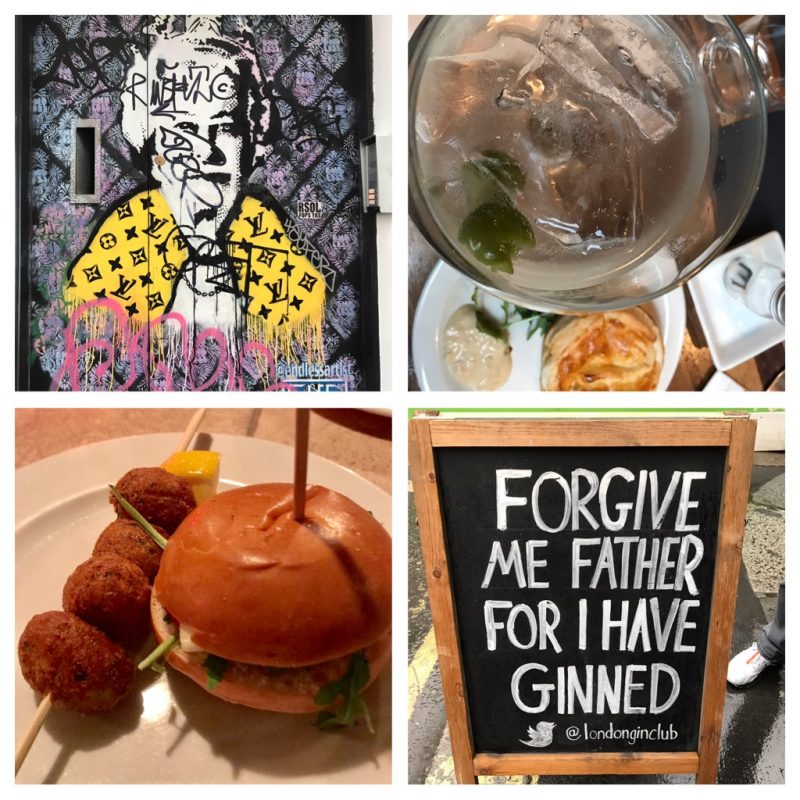 Food, cocktails and walking in London. Now these three things sound like the ideal way to me to spend a Wednesday night. And to break up a working week 😉 My hubby and I recently experienced this with a company called Eating London Tours. Besides for the chocolate walking tour we did previously, I didn’t know a tour such as this existed in London. My hubby discovered this food tour last year whilst researching birthday gifts for me. The idea behind these fun tours is to learn more about a specific area of London while food (and cocktail) hopping between places. This tour company offers a few different tours so we chose to do the Twilight Soho Food and Cocktail Tour.

Soho is one of the oldest areas in London with a long and colourful history. The area was known for the Swinging 60s, London jazz scene, theatre land, sex industry and the rag trade. Today Soho has become less seedy and more fashionable. It has the densest concentration of restaurants, cafés, clubs and bars in central London and truly represents the vibrant, bustling heart of the city. 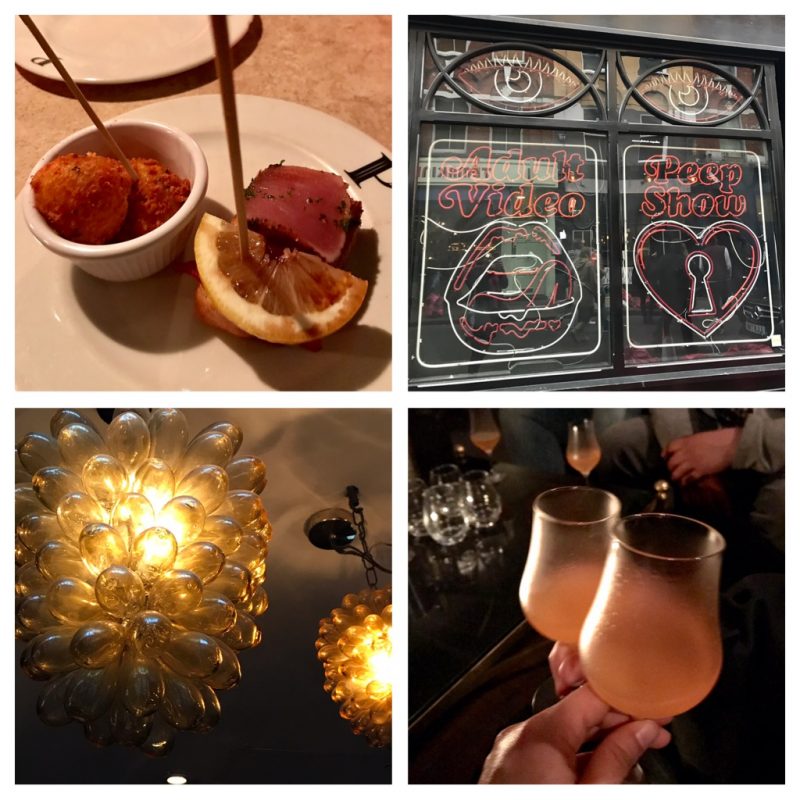 On the evening of the tour, we met our guide Ashleigh and the rest of the group at a specified meeting point. Ashleigh first started with the introductions followed by some history of the Soho area. It was then time for the eating and drinking to begin! 🙂 The first stop was a Mexican restaurant called La Bodega Negra. As they were expecting us, we were promptly served traditional tacos with a modern twist alongside authentic frozen margaritas. Mmm nom nom. I can sometimes be a slow eater and drinker so when I realized I was the last person eating, I had to speed it up a bit. Throughout the next 3 and half hours, in between food and cocktail stops we learnt something new about the area. The second stop was The London Gin Club. We were no strangers to this bar as we attended a gin tasting there last year. So of course we were happy to try a new Gin drink served with an olive squeezed in it. Olives are not something I’ve thought of having with Gin before but it definitely gave the drink an interesting flavour. To eat we were served a yummy gin-infused beef pie. This was definitely the traditional English fare and drink stop. The rest of the stops were: a Spanish cheese and Jamón tasting with a glass of Spanish red wine at Enrique Tomas; pintxos (Basque snacks skewered with a wooden stick) at Pix Bar, dim sum and an alcoholic “Chinese tea” drink served in a traditional teapot at Opium and last but not least, an amazing cocktail and hazelnut praline dessert at a hidden cocktail and dessert bar called Basement Sate. We enjoyed all the places we stopped at as well as finding some new places that we hadn’t tried in Soho before. The dishes may not sound like large portions but after six stops of food and drink, we definitely didn’t feel unfulfilled. Our guide also had a lovely bubbly personality. Throughout the night, she kept us entertained with her many jokes and anecdotes. Personally I find this does make a difference to your experience of a walking tour. 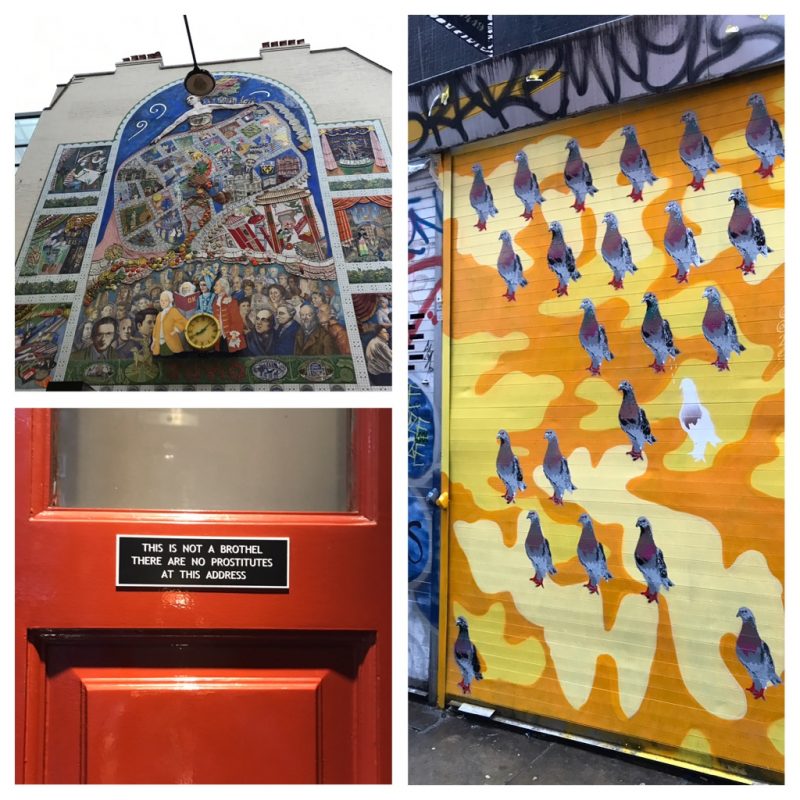 Usually when I’m in Soho, I walk as quickly as I can to get to where I need to as it’s always hustling and bustling with so many people. However, on this evening it was great to put on my tourist hat, learn many new things about this area of London and to truly soak in the vibe, sights and sounds of Soho. So if you’re looking for something different to do or a unique experience gift for someone then consider this experience.

Have you done an eating food tour in London or any other city? How do you like to experience a city that you’re visiting differently? I’d love to hear in the comments below.